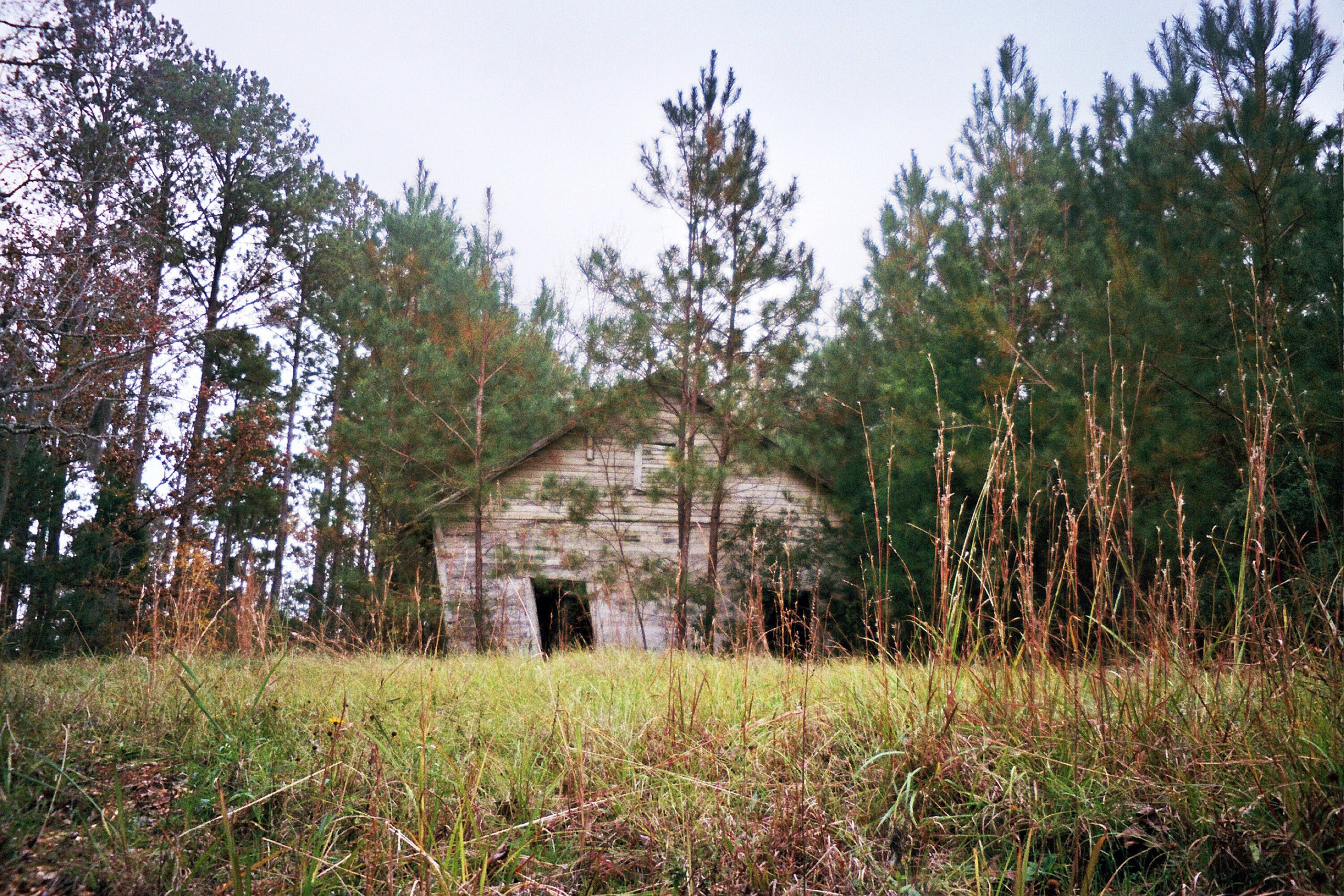 As head of the Black Belt Community Foundation, Felecia Lucky never imagined she’d get into the business of providing short-term liquidity for local governments, but hey, that’s 2020 for you.

The need emerged earlier this year, at a meeting of the Black Belt COVID Task Force, a group convened by the Black Belt Community Foundation and two state senators representing Alabama’s Black Belt. Named for its dark, fertile soils, which also made the region lucrative for plantations worked by enslaved people, the Black Belt includes historic places like Selma, Tuskegee University, and the state capital of Montgomery.

Even with its historic significance, as a majority-Black region the Black Belt has continued to bear the brunt of continued systemic racism, laid bare by the COVID-19 pandemic. It was the hardest hit region of the state, despite being largely rural. The Black Belt Community Foundation formed in 2002 as a response to generations of neglect from those outside the region. Its tagline is “taking what we have to make what we need.”

At that Black Belt COVID Task Force meeting, local public and private sector representatives were surprised to hear that someone did remember them. The Alabama Department of Finance informed the group that out of $250 million in federal aid made available for cities and counties in Alabama as part of the CARES Act, it had allocated $18.5 million specifically for local governments in the Black Belt region.

They were not surprised, however, to hear that the funding was available only on a reimbursement basis — meaning the local governments would have to scrounge together the dollars upfront and apply to the state for reimbursement later. It’s not uncommon for states to distribute dollars by reimbursement, ostensibly as a way to prevent corruption and waste or to enforce compliance with federal guidelines on spending. But the practice leaves many of the most vulnerable and cash-strapped local governments in a bind.

“Oftentimes it’s been the way dollars were made available to us,” says Lucky, who also serves as a city council member in her Black Belt hometown of Livingston. “It was frustrating to hear our state had a choice, and they chose reimbursement.”

But in that same meeting was Kendra Key from Hope Credit Union. The two organizations combined forces and formed a partnership to provide zero-interest financing to local governments in the Black Belt Region as upfront funding to unlock that $18.5 million.

Four municipal and county governments have utilized the zero-interest financing from the Black Belt Community Foundation and Hope Credit Union so far. When the governments get reimbursed by the state, they repay the community foundation, making them available again for others to use as upfront funds.

According to Lucky’s estimation based on state expenditure data, updated weekly, the 77 Black Belt county and municipal governments her team is monitoring have accessed just nine percent of the cumulative $18.5 million for which they’re eligible.

Not all those governments need zero-interest financing. Lucky estimates that maybe 40 percent of the cities and counties in the Black Belt have enough cash on hand. Those that don’t, without Hope Credit Union and Black Belt Community Foundation’s offer, would have likely had to take out interest-bearing short-term debt, or leave the federally allocated money on the table. Currently, the CARES Act dollars can be reimbursed by December 30 at the latest.

Lucky feels confident that their success so far will snowball, as word gets out that the zero-interest financing is available.

“But success also looks to me like, even if we accessed just $8 million, it sends the message that our communities are worth this protection,” says Lucky.

Putting this partnership together required a mix of Hope Credit Union’s unique but replicable structure, the Black Belt Community Foundation’s network of relationships on the ground throughout the region, and a group of other, larger foundations stepping up.

“We did initially contemplate making bridge loans to cities and counties directly,” says Key, but she explains that the state-level red tape involved in local governments taking out loans was onerous — not to mention, time-consuming in a situation when time is of the essence.

But Hope Credit Union’s parent organization, Hope Enterprise Corporation, is itself a nonprofit loan fund, which can make riskier kinds of loans than the credit union by itself may not be able to make. Hope Enterprise Corporation extended a line of credit to the Black Belt Community Foundation, which the latter is using to fund the recoverable grants to county and municipal governments.

It is legally possible for the Black Belt Community Foundation to have made the recoverable grants available on its own. But by partnering with Hope, the community foundation is able to offer more than double what it has in its own coffers. Being a community foundation, it didn’t start out with a huge sum of money from a wealthy donor to use as an endowment. It raises donations mostly from a region facing generations of systemic racial oppression. Today the community foundation’s endowment is just over $1 million — while the line of credit from Hope Enterprise Corporation is $1.65 million.

Still, in order to make the $1.65 million line of credit available to the Black Belt Community Foundation, Hope Enterprise Corporation needed some kind of collateral available to cover at least part of that amount. Based on Hope’s prior experience providing upfront capital for homeowners and businesses to access FEMA dollars in the aftermath of 2019 tornadoes in Alabama and also Hurricane Katrina, Key says they needed to raise $1 in collateral for every $2 in the line of credit.

With its tiny endowment, the community foundation couldn’t pledge the collateral needed on its own, so Lucky and Key went to others. Seven family and corporate foundations ended up pledging collateral in the form of guarantees. All but one of the others are based in the region or in Alabama.

Guarantees, while not new, are experiencing a renaissance of sorts as a way for foundations to support vulnerable communities. This is the first guarantee provided by the Alabama Power Foundation, established in 1989 through a gift from the shareholders of Alabama Power, the electric utility serving southern Alabama. It’s like a parent co-signing on a car for a child, “but instead of helping a teenager with a car, we’re helping counties and municipalities to help their communities,” says Brandon Glover, strategic initiatives manager for the Alabama Power Foundation.

But that’s not even half of the work so far. The family and corporate foundations also provided grants to cover some of the cost of administering the recoverable grant program. With its networks of volunteers and other relationships across the region, the Black Belt Community Foundation is taking the lead on informing people that there is funding available, and in helping coordinate with the state on pre-approval of the spending line items. The dollars are supposed to cover COVID-19 responses.

“We’ve called meetings with all the county commissioners, municipalities,” says Lucky. “Many had no clue that they had even been allocated dollars.”

Lucky says the state technically sent emails out to inform every local government, but the digital divide is still an issue, especially in more rural parts of the region. Many mayors, council members and county commissioners only serve in those capacities on a part-time basis. So it’s also been necessary for the community foundation staff to work with them on filling out the paperwork for approval and reimbursement from the state.

Lucky and her staff have also been communicating with state officials to hash out a list of examples of eligible expenses that the CARES Act funding can cover. Expenses must be necessary due to the public health emergency with respect to COVID-19.

So far the Black Belt Community Foundation has provided up-front funding for the installation of acrylic shielding in government offices where points of contact with the public are necessary, PPE for government officials, and electronic equipment including laptops to make it possible for government employees to work from home.

But one county’s request for funding to acquire a second ambulance was denied. Key says the state explained the denial was on account of an analysis that showed wait times for patients wouldn’t have improved very much.

The Black Belt Community Foundation has also been encouraging governments to think creatively about COVID-19 response expenses with long-term benefits, like upgrading long-outdated HVAC systems in public buildings. One county requested funding to digitize 140,000 pages of forms, applications, manuals and other documents used to conduct business with the public, in order to facilitate conducting more government business remotely — but the state also denied that request.

Key says Hope Credit Union would welcome the opportunity to think about extending this partnership beyond bridge loans to access emergency response funding offered on a reimbursement basis, and maybe forming similar partnerships in other regions it serves in Mississippi, Louisiana, Arkansas or Tennessee. Foundations could choose to subsidize the interest on an ongoing program of interest-free financing for local governments.

Others are calling for the Federal Reserve to make interest-free financing available for state and local governments. Credit unions and community foundations can’t ever match the scale of the Fed, but they do exist in all parts of the country.

“So oftentimes folks don’t want to fund this type of work,” says Lucky. “Right now I’m eating the cost of making sure we have folks on the ground to do it. When we approach funders, this business model doesn’t look sexy, but when you look at the potential scale of impact it’s just off the charts.”

This article is part of The Bottom Line, a series exploring scalable solutions for problems related to affordability, inclusive economic growth and access to capital. Click here to subscribe to our Bottom Line newsletter. The Bottom Line is made possible with support from Citi.